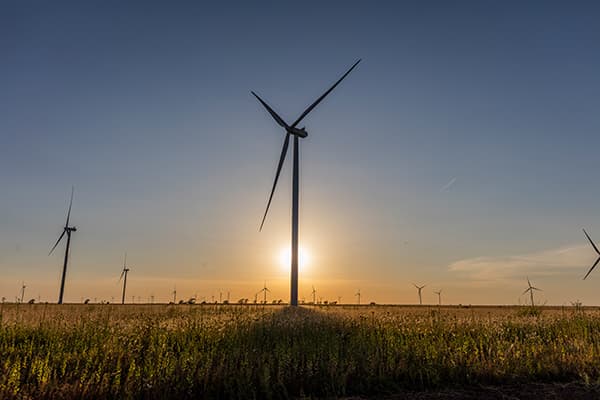 DALLAS (July 30, 2020) – Tri Global Energy (TGE), a leading U.S. originator and developer of utility-scale wind energy projects, has achieved the status of the number one developer of wind projects in Texas for the second quarter of this year, based on the newly released Wind Powers America Second Quarter 2020 Report from the American Wind Energy Association (AWEA), which analyzes wind power capacity by state, including projects under construction and in advanced development. The report shows Texas remains the country’s leader in development of wind energy, with nearly 20% of the U.S. total.  The AWEA report credits Texas with 6,587 megawatts (MW) of wind projects in construction or advanced development, with TGE contributing nearly 1,500 MW toward that total.

John Billingsley, TGE’s Chairman and CEO, also anticipates the company will become a major developer in two additional wind states – Illinois and Indiana – during the upcoming quarters. “Both Illinois and Indiana have realized significant increases in wind power during the last year and a half,” he said. “TGE is on track to develop several renewable projects in both states.”  Billingsley adds that TGE also is developing renewable projects in Virginia.

“Our expertise and success in developing utility-scale wind projects translates well to other renewables, such as solar and storage,” he said.  “We are currently developing multiple solar and storage projects in Texas, Illinois, Indiana and Virginia, and we’re actively looking for our next new projects.”

The second quarter AWEA report represents the first full quarter in which companies were operating against the disruptions of COVID-19. “I don’t know a single wind company that hasn’t been affected by COVID, but for TGE – and for the industry – it may mean some slowdowns, but it’s not a full stop by any measure,” said Billingsley. “We are confident that we’ll be able to execute our plan and continue to grow.”