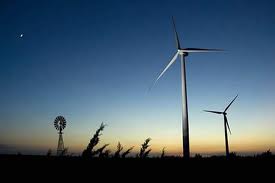 “While the success of wind is undeniable, still many people don’t realize how much of a powerhouse Texas is when it comes to wind energy,” said John Billingsley, Chairman and CEO at Tri Global Energy (TGE).

“The wind rush is on in Texas where wind energy has grown faster than any other U.S. state,” Billingsley said. “Texas leads the nation in employing the most workers in the wind industry and has received the most wind capital investment during the last 10 years.”                        Texas continues to lead the U.S., surpassing 18,000 MW of installed wind capacity and more than five gigawatts (GW) under construction, including TGE’s 197MW Bearkat I. This is the highest level of any state. Texas also generates the most electricity from wind energy –  nearly 25 percent of the total wind generation in the U.S., according to AWEA.