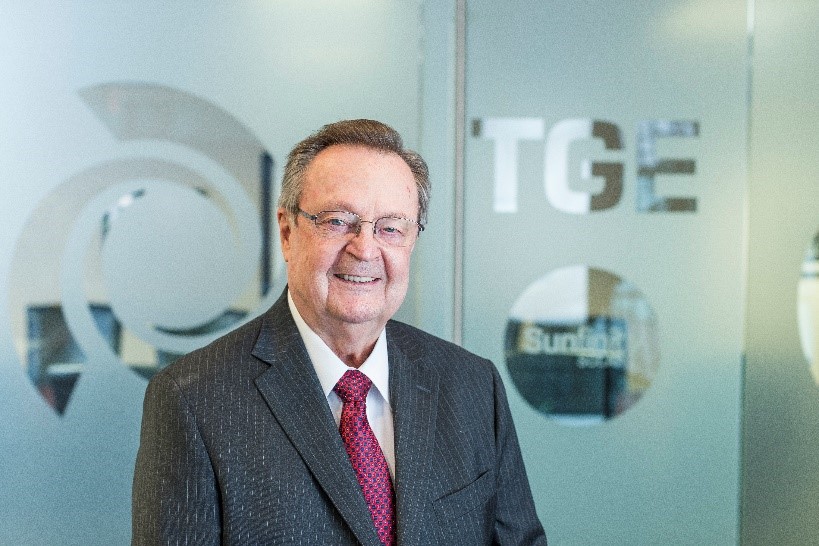 Dallas (October 26, 2021) - John B. Billingsley, Chairman and CEO of Dallas-based Tri Global Energy, has been named Renewable Energy Executive of the Year by D CEO magazine as part of their annual Energy Awards. The awards honor excellence and innovation in oil and gas from North Texas to the Permian Basin, and for the first time, the 2021 awards included the category of renewable energy.

“This is truly an honor, because I know how many smart people are passionately working to help America harness the unlimited promise of renewable energy like wind and solar,” said Billingsley. “My team at Tri Global Energy are proud to be part of this new wave of American ingenuity that is going to power American life and business going forward.”

Tri Global Energy is a Dallas-based originator and developer of utility-scale renewable energy projects including wind, solar and energy storage. Founded 12 years ago by Billingsley, the company today is the largest developer of wind power in Texas (the state that leads the U.S. in wind development), and a top 10 developer of wind power nationally. Operating in seven states, the company currently has 37 wind, solar and energy storage projects in operation or development.

Renewable energy plays an ever-growing role in the Texas energy mix. Wind power has been the fastest-growing source of energy in Texas' power grid, supplying 23% (vs. 11% in 2015), surpassing coal as the second-largest source of energy. Solar power is also surging in the state, with one-third of the utility-scale solar capacity planned to come online in the United States in the next two years (30 GW) planned for Texas.

Texas Wind Force, a book by Billingsley, details his entrepreneurial career in Texas, from founding an accounting firm and owning a bank, to 20 additional successful business ventures, ultimately culminating in founding Tri Global Energy. The company was a result of Billingsley’s realization, as a West Texas landowner, that the existing model of developing wind farms favored the developer over the landowner. The Tri Global Energy model, the Wind Force plan, proved successful from inception, and today Tri Global Energy has more than 660,000 acres of land under lease for renewable energy projects in Texas alone.