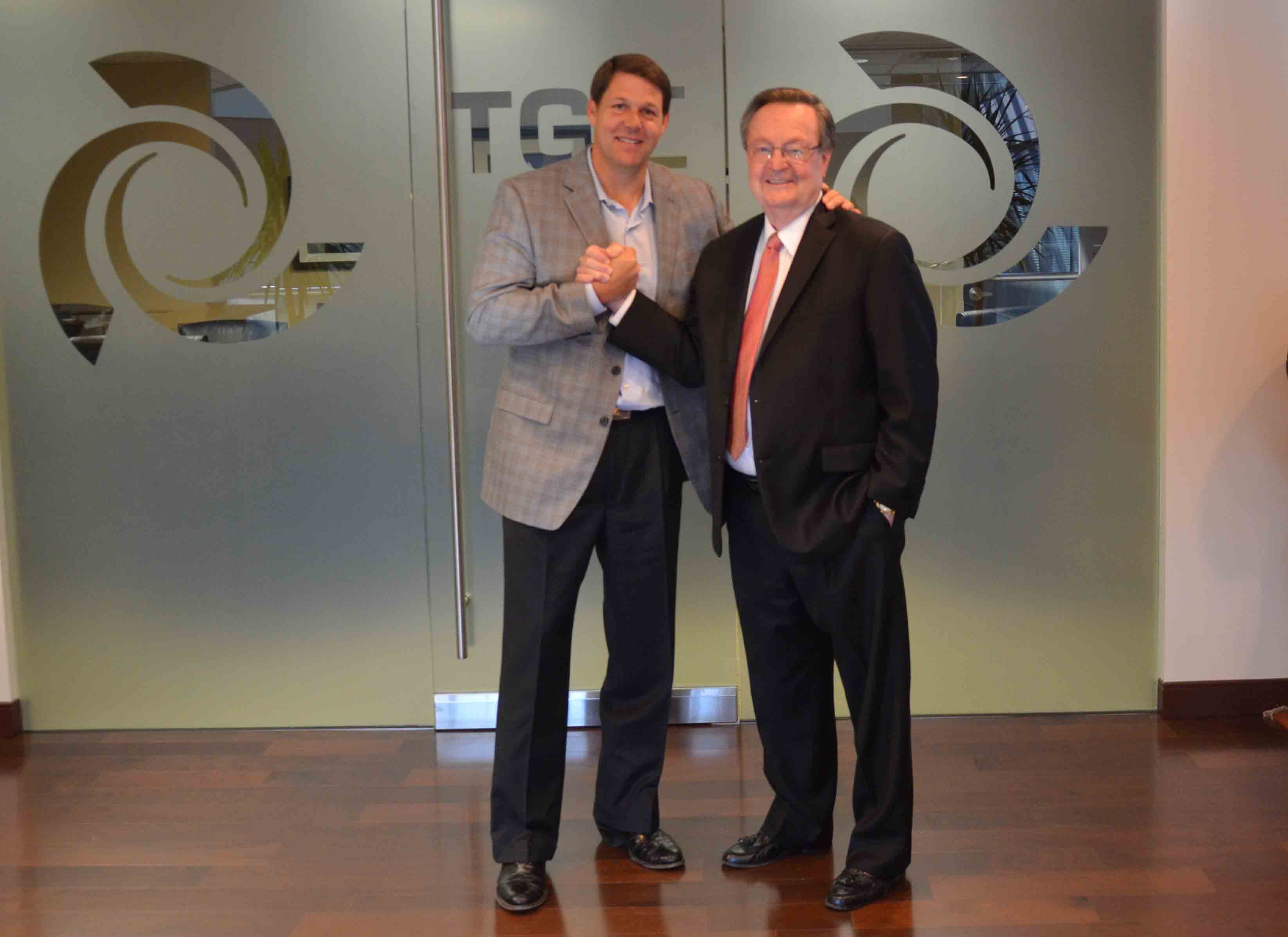 The award presentation was held at TGE’s Dallas headquarters during American Wind Week on August 11, 2018.

“I am honored to receive this award,” said Congressman Arrington. “West Texas is the food, fuel and fiber capital of our nation.  I’m proud that our region leads the nation in both renewable and fossil energy production.  Harnessing the power of wind in West Texas has not only provided good jobs for rural America and helped power our state’s economy, but it has broadened and diversified our energy production, which will support our nation’s energy independence for future generations.”

“We are so proud to recognize Jodey’s leadership in Texas wind energy,” said John Billingsley, Chairman and Chief Executive Officer of Tri Global Energy. “His efforts have helped Texas to retain its top ranking in wind energy development in the nation and globally. He understands the positive impact of wind energy in Texas.”