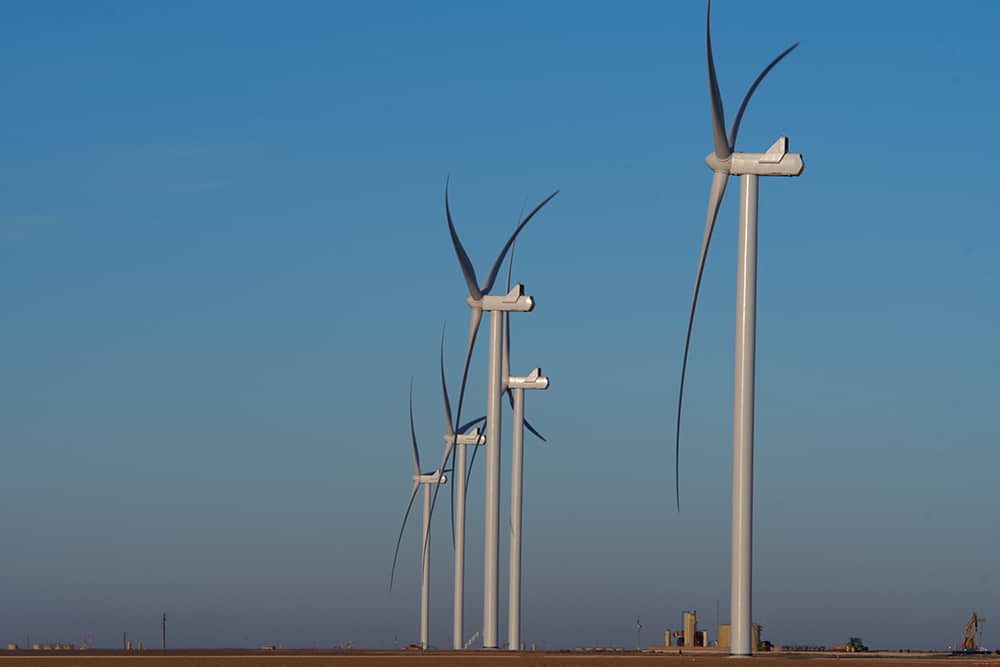 Dallas-based Tri Global Energy is a leading developer of wind energy in the U.S. TGE’s goal is to develop clean energy through the development of wind energy projects. The company has pioneered a unique way to generate local economic benefits through the development of renewable energy projects by partnering with landowners, communities and industry-leading investors. Its wind energy projects are traditionally vended to various renewable energy operating companies, which allows TGE to focus its expertise on development initiatives. TGE is committing its current portfolio of over 1,500 megawatts (MW) of development projects, which excludes projects already vended, and any additional projects added in the future, to this new royalty investment structure with Altius, until a minimum total royalty portfolio valuation threshold is achieved. The currently committed development portfolio includes projects located in Texas, Nebraska and Illinois.

The US$30 million royalty investment into TGE will be invested in tranches over approximately the next three years as TGE achieves certain project advancement milestones, with an initial investment upon closing of US$7.5 million.

As individual pipeline projects are developed, ARR will receive a 3% gross revenue royalty on each project. This will continue until a target minimum total royalty portfolio valuation threshold is achieved. It is expected that this threshold would be met based upon a portion of the total currently committed TGE development pipeline reaching operational status. Once created, individual royalties will apply during the full life of the respective projects.

Using current assumptions concerning development timeframes, output levels and realized power prices, the created ARR royalty portfolio from this investment is estimated to generate US$3 - 4 million in new annual royalty revenues once the target threshold is met and before factoring in any potential longer-term project extensions, output expansions or power price changes.

Funding for the TGE transaction will be provided from Altius’ available cash on hand. Depending upon the scale of the overall opportunity set that develops for ARR, Altius may also consider adding additional future investment partners as either direct subsidiary level participants or through the creation of limited partnership structures.

As part of its founding, ARR has acquired a private company, Great Bay Renewables, Inc. (“GBR”), which holds a paying royalty on the 4.7 MW Clyde River hydroelectric/solar facility located in Vermont. Importantly, the GBR management will also continue as the operational management team of ARR and lead the business of further introducing the renewable energy royalty financing concept within the U.S. and elsewhere. This management team, led by Frank Getman (President and CEO), has a long and successful track record of developing and operating small and large-scale renewable energy projects.

In addition, ARR is pleased to take this opportunity to announce that Mr. Earl Ludlow has been appointed as Chairman of the Board of Directors, joining Mr. Getman and parent level appointees of Altius Minerals Corporation that include its CEO and CFO. Earl retired at the end of 2017 from Fortis Inc. which is a major international electrical utility company. Earl held the position of Executive Vice President at retirement following successive VP Operations roles at Fortis subsidiaries Maritime Electric, Newfoundland Power and Fortis Alberta and then CEO roles at subsidiaries Fortis Properties and Newfoundland Power.

Brian Dalton, President and CEO of Altius, commented, “Altius has now taken the creation of a royalty business based around long-life renewable energy projects from concept to reality. This is an important step in executing our strategy to ultimately replace our Alberta electrical coal royalties, which are being phased out by 2030 as a result of government policy changes.” He then added, “Innovating this royalty product and forging a mutually beneficial relationship with such a successful and highly regarded renewable energy development partner like TGE is a great credit to the new ARR team. The transaction also highlights to other sector players that royalty-based financing and partnerships with ARR are an attractive alternative for them as well.”

“The Tri Global Energy team is continuing its track record of strong execution and strategic growth,” said John Billingsley, Chairman and CEO of Tri Global Energy. “2018 also was one of our best years for completing and initiating renewable energy development projects. This transaction with Altius will accelerate our development and allow us to extend our involvement in these projects though their financial closings. This investment will help power the company forward through 2021 and beyond. I believe the time is right for innovative financing products like the renewable royalty investment provided by Altius.”

More information on the transaction and ARR, including an investor presentation, can be found at http://www.altiusminerals.com/.

Altius directly and indirectly holds diversified royalties and streams which generate revenue from 15 operating mines. These producing royalties are located in Canada and Brazil and provide exposure to copper, zinc, nickel, cobalt, iron ore, potash, thermal (electrical) and metallurgical coal. The portfolio also includes development stage royalties in copper and renewable energy and numerous predevelopment stage royalties covering a wide spectrum of mineral commodities and jurisdictions. Altius also holds a large portfolio of exploration stage projects which it has generated for deal making with industry partners that results in newly created royalties and equity and minority interests. Altius has 42,851,726 common shares issued and outstanding that are listed on Canada’s Toronto Stock Exchange. It is a member of both the S&P/TSX Small Cap and S&P/TSX Global Mining Indices.