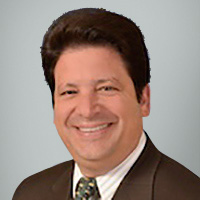 Mr. Carbone serves as Tri Global Energy's President focusing on originating renewable energy projects; securing development and project financing; as well as supporting the CEO in executing the company's vision and strategies. He has spent most of his 29 year career leading and managing OEM companies involved in the engineering, sales and service of fossil based and renewable energy generation technologies. His career also includes project development and project financing of power generation facilities in the USA, Central America and Asia.

Prior to joining the Company, he was CEO of Nordic Windpower, a US company that designs, manufactures and sells innovative, two-bladed utility-scale wind turbines to municipalities and private enterprises in the growing community wind market. Using patented, flexible teeter hub technology, Nordic's 1 MW wind turbines offer lower maintenance and installed costs and high reliability. As CEO, he led the raising of over $60 million in equity and debt financing, delivered the first release of wind turbines to customers and initiated a new product development program.

Mr. Carbone was a past CEO of the Americas division of Vestas Wind Systems A/S, the world's leading provider of onshore and offshore wind power solutions. He led the company's sales, project installation, and service business areas, tripling their annual order-intake from $300 million to over $1 billion by recognizing and forming relationships with new and emerging customers and segments in the US and Canadian wind power sector.

Prior to Vestas, Mr. Carbone was CEO of Wartsila North America Inc, a division of Wartsila Corporation a leading global company involved in total ship power and distributed power generation solutions from 5 to 200 MW. During his tenure, the regional business grew to an installed base of 8,000 MW on land and at sea and became market leader for medium speed combustion engine power systems. His eleven years at Wartsila included a two and half year assignment at their European headquarters as Corporate Vice President of Human Resources.

Earlier in his career he was involved in business development and general management of a manufacturing plant at Bombardier Corporation, the world's leading provider of commercial regional jets and rail transit vehicles.

Mr. Carbone is a graduate of Cornell University College of Engineering, School of Operations Research and Industrial Engineering.