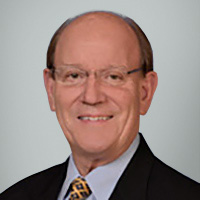 Throughout Mr. Cree’s career, he has been active as a founder of several successful companies in which he has served in the senior executive role. Mr. Cree’s executive background includes building and managing both private and public companies involved in diverse business segments such as banking, commercial real estate, automotive, retail, oil and gas, and telecommunications.

Among his business accomplishments is the formation of American Republic Bancshares, a successful New Mexico bank holding company; now part of Wells Fargo. Mr. Cree also founded Gateway Technologies, a telecommunications company, which merged with competitor T-Netix, a NASDAQ listed company. He served as CEO until the company’s purchase by a private equity company, when he assumed the role of Chairman.

He is currently a managing partner of Creeview Partners LLC and serves on several corporate and non-profit boards, including a current position as trustee on the board of Schreiner University. He grew up in the Texas Panhandle town of Pampa and holds a Bachelor of Business Administration from Southern Methodist University.