« Back to Leadership Team
« Previous 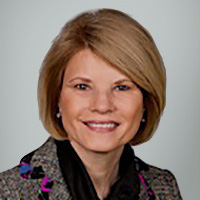 Ms. Hornbaker is the Chief Financial Officer of Stream Energy, a retail energy provider operating in Texas, Georgia, Pennsylvania, Maryland, and New Jersey. Stream Energy is one of largest direct retailers of electricity in the United States and has generated billions in total revenues and received numerous honors since its founding in 2004. Ms. Hornbaker has also served as Chief Financial Officer for several companies, including Shared Technologies, Inc., a provider of converged voice and data networking solutions and Flowserve Corporation, a global manufacturer and service provider. Ms. Hornbaker has also held senior financial positions with several other major public companies, including Phelps Dodge Corporation. She joined the accounting firm Deloitte, Haskins & Sells in 1977, where she eventually became a senior manager of its audit practice in the firm’s Chicago office.

Since 2003, Ms. Hornbaker has served on the Board of Eastman Chemical Company, a publicly traded global chemical company and chairs its audit committee. Moreover, her many professional accomplishments have led to her involvements in various leadership positions, including the past president and board member of the Dallas chapter of Financial Executives International, current president and board member of the North Texas chapter of the National Association of Corporate Directors, and Executive Committee member of the Dallas chapter of Women Corporate Directors.  The Dallas Business Journal designated Ms. Hornbaker as a 2010 finalist for the Dallas CFO of the Year Award and in 2013 named her the CFO of the Year for Energy.

Ms. Hornbaker received both a Bachelor of Arts in English and a Masters in Business Administration from Indiana University and is a Certified Public Accountant.