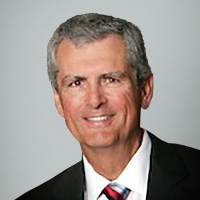 Henry Schopfer serves as the Chief Financial Officer of Tri Global Energy, where he provides the financial leadership and support to accomplish Tri Global Energy’s business strategy for commercialization and expansion of renewable energy solutions.  For more than a decade, Henry has led capital-raising campaigns (equity and debt) through Reg D offerings to over 3,000 individual accredited investors. These funds have been used to propel Tri Global Energy’s development and operating needs and to successfully bring multiple wind projects to fruition.

Henry also has a diverse industries background in oil and gas, power generation, telecommunications, wireless communications, technology, consumer products, and marine transportation. He has developed and achieved strategic plans, raised debt and equity capital in public and private placement offerings, and completed domestic and international acquisitions and divestitures. Henry has served as CFO on the senior leadership teams for four middle-market public companies, where shareholders’ value increased 300% to over $1 billion.

Formerly, Henry served as CFO for PMFG, parent of Peerless Manufacturing, a global supplier of engineered separation and filtration products used in natural gas transport, nuclear, and natural gas fueled power plants and marine air intake systems. His prior CFO roles were at Securus Technologies, a provider of patented software for the telecommunications industry, Wireless One, a provider of video and data services over licensed FCC spectrum, and Daniel Industries, a global manufacturer of oil and gas measurement equipment. Henry began his career with “Big” 4 CPA firms. He is a licensed CPA and graduated from Louisiana State University with a Bachelor of Science degree with a major in Accounting. In 2008, he was voted “CPA of the year” finalist by the Dallas Business Journal and was selected as a Judge for this award in 2010. Henry is a former Board Member of the Dallas Chapter of Financial Executives International.