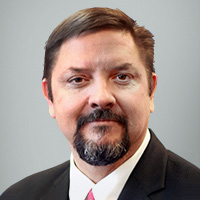 Bryson was born and raised in Plainview, Texas and went to high school there. After graduating in 1986, he attended Texas Tech University where he dual majored in agronomy and entomology. He received his Bachelor of Science degree in Agronomy/Entomology in 1989.

Bryson incorporated Agri-Tech Consulting, Inc. in 1995, which he is owner and principle officer.  Where he provides agricultural consulting services to farmers in the Texas High Plains and eastern New Mexico.

Bryson currently manages the farms from his late father’s estate in Texas and Oklahoma. He has been responsible for the accounting and day to day decisions for these operations and compliance responsibilities for insurance and the government, as well as, marketing of the commodities that are produced.  He is also a licensed real estate agent.

His father was a manager with the Floyd County Wind Farm and he was very enthusiastic about the impacts that wind generation may have in the area. Due to his enthusiasm and projects already in operation around the Texas plains, Bryson developed an interest as well and decided in 2011 to educate himself on this potential prospect. Bryson enrolled at Texas Tech University in the Wind Energy program  and received his Masters Certificate in Managerial Wind Energy in 2012.